This card is pretty funny if you happen to know my dog. She loves to sit in the window to wait for us all to get home and she gets crazy excited when we do, and she has little yellow tennis balls all over the house. The dog on the card also rocks from side to side, (like the Hoppy Birthday frog from October 8th/18 and the Snappy Birthday crab from August 11th/18) 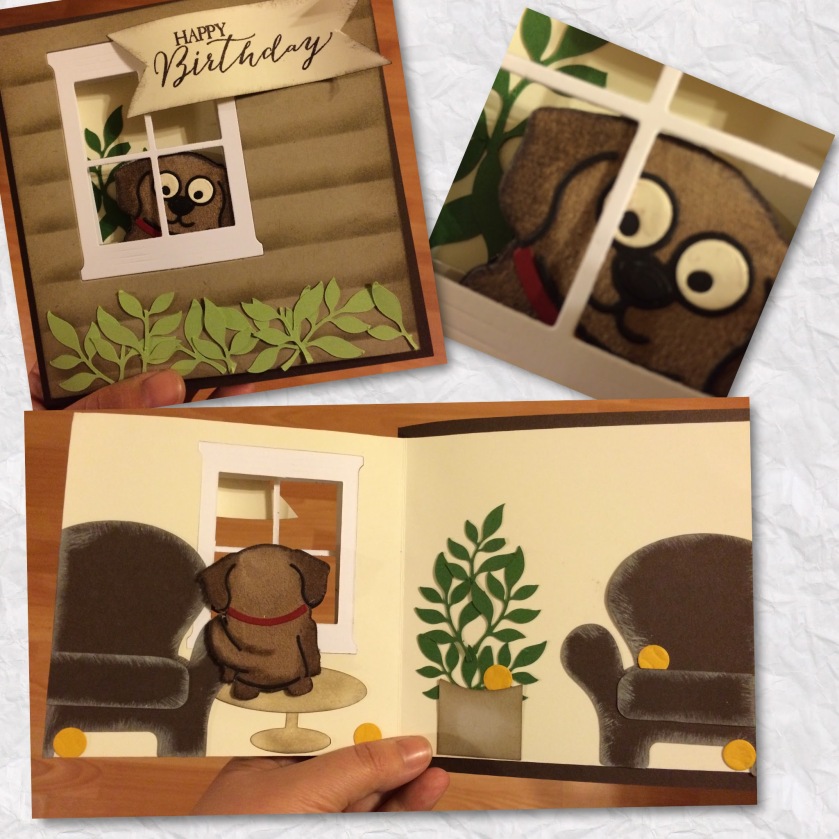 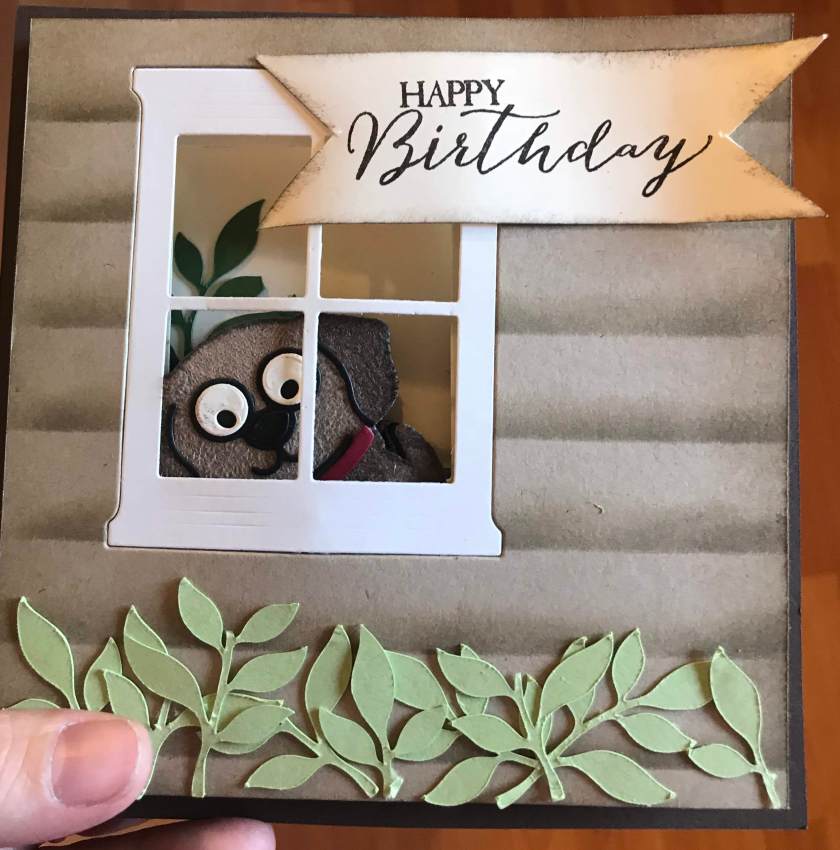 If you are going to make a card like this I would recommend that you start by making the simpler version, like I did with the Hoppy Birthday and Snappy Birthday. This card uses the same mechanism but it is hidden between the walls of the card. If you look back at the Frog card the part that attaches the frog to the card is the brad in the middle of his bow tie which allows him to rock, on this card the brad is hidden so you have to make sure you allow yourself the space in order for the dog to rock freely. Video directions for the original version https://youtu.be/XyEcTJPd0Fk 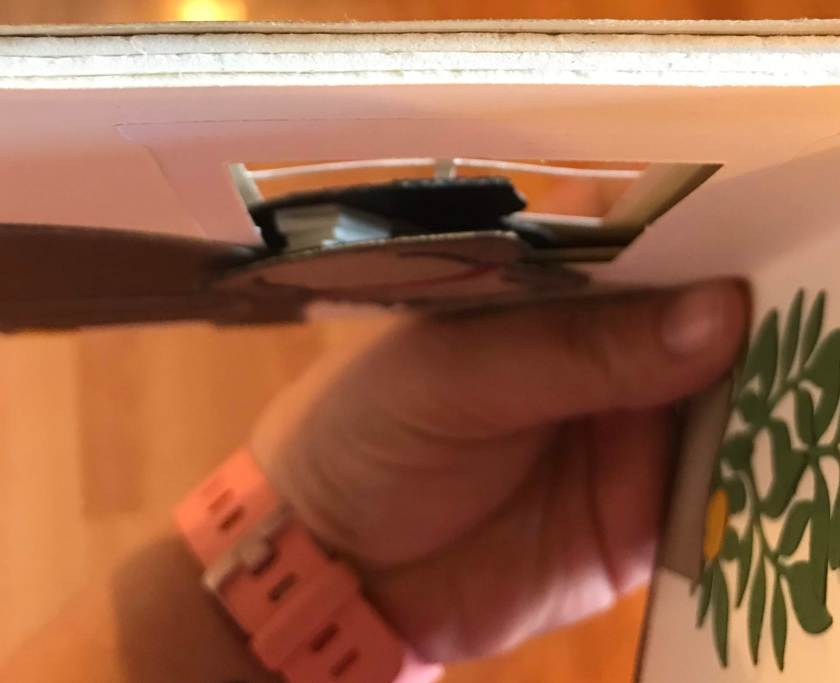 Buster the dog is a Karen Burniston die. Originally he only has a front, not a back. and originally he has a black “Shadow” around him as that is how he is designed. Well, I got a little creative with Buster. I wanted him to be fuzzy so I cut him out of microfiber, but it was having a hard time getting the correct cut with all the details through the microfiber, so I cut him out using the die that is typically used to cut out his shadow, I did this for front and back (remember the back has to be cut from the wrong side to get the reverse). Then I cut out the shadow piece for the front and back again from black cardstock that had double-sided adhesive on one side. I adhered the microfiber piece to the sticky side of the black cardstock. I then used a sponge dauber to add ink so Buster’s colours are closer to my dog’s colouring, then added his face and collar these were also die cut from cardstock with double-sided adhesive on one side. I cut out the detailed piece of buster out of black cardstock that had double sided adhesive already added to one side, and I used the line pieces that typically would be scrap to add the lines that make his ears, and neck and I had to get creative with his back as I had to make that up myself. The tennis balls are also from Karen’s collection.

To make the siding on the front of the card I used a scrap piece of paper and a sponge dauber.

The table and the sofas were cut out using my Scan n cut machine.

Just trying to have a fun creative place, to share what I love, and hopefully inspire a spark of creativeness for those who take the time to check out My Messy Craftroom 💕