Even a Papa can have balloons for his birthday card. This is the card that I made for my father-in-law for his birthday I thought that he would enjoy a  fun card and with the darker colours, it has a little more of a mature feel than had I used big bright colours.

The card base for this card is 4 1/4″ x 5 1/2″ and I used Not Night Navy cardstock (retired SU). The patterned paper is from my stash (I believe from Costco) and it was double-sided blue swirl on one side, and blue swirl with the beige pattern on the other side. I cut three panels at 4″ x  5 1/4″, two are just blue swirls and I put one on the front, and one on the inside, and the blue and beige pattern I cut one and put it on the inside.

Next, I cut out the balloon for the front, I used a circle die and cut it out of the corner so the balloon looks like it is coming in from the side. I sponged the edges of the balloon to help it look like it is round. I used a heart punch to cut a tail for the balloon.

I cut out a circular birthday greeting out of Crumb Cake Cardstock and adhered it to the balloon, next I took a piece of bakers twine and I tied one end around the tail of the balloon, then I carefully rubbed the rest of the twine with white glue,  and laid it on the card how I want it to lay and then gently tapped it down and let the glue dry.

Now for the inside. I used the poles and the banner flags from Karen Burnistons Lots of Pops die set. The die set has a really neat pop up feature but for this card, I wanted the poles to be on the ends of the card and I didn’t want the pop-up mechanism to be cut into the card as I had already done the outside so I made 2 simple box pop-ups. Each side of the box is 3/4″ and I lined up the width with the base of the pole die. Then I glued one side to the back of the card and one side to the bottom of the card, when the card folds, the box folds, when the card opens the box opens lifting the poles. 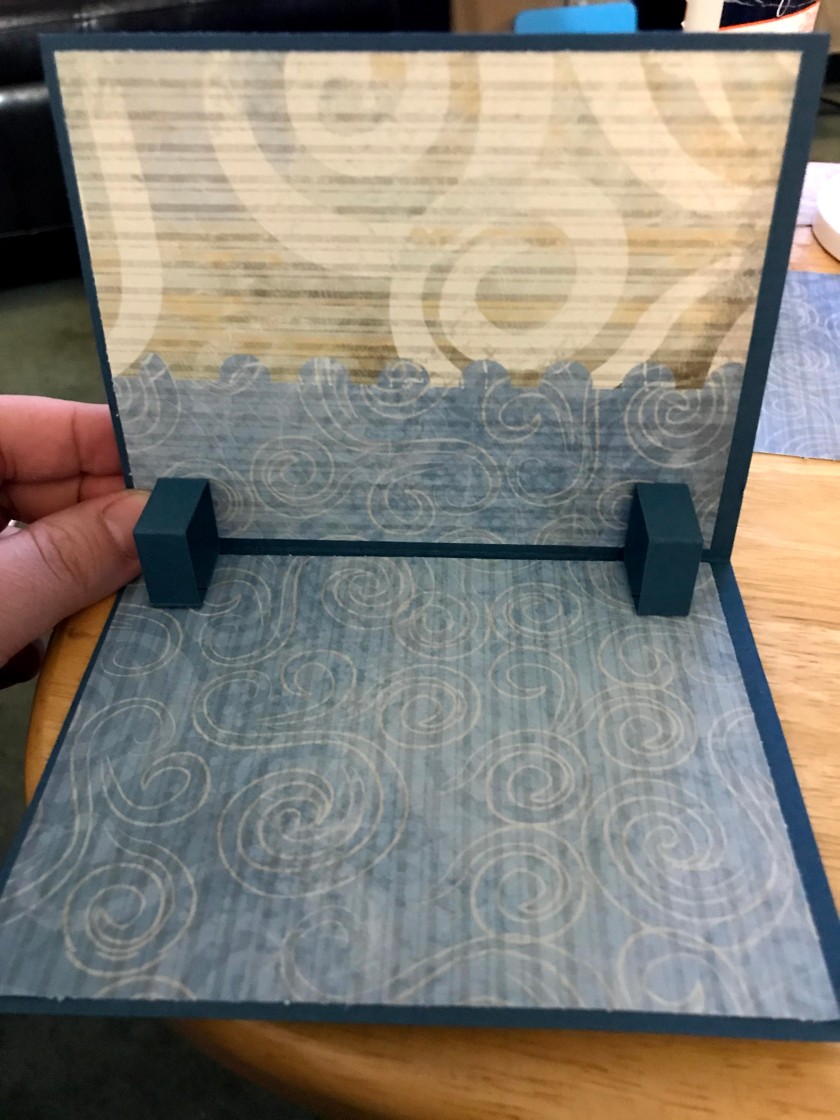 I added the poles then matching bakers twine. I sandwiched the “celebrate” on to the string and started decorating with the balloons and streamers from Karen Burnistons Explosion Pop up die set. The celebrate wanted to twist forward so I strategically glued the greeting to the balloons and streams and then to the pole so it wouldn’t twist any more.

I also added another banner of flags along the back left the corner, a few extra balloons on the right side and a matching tag for the bottom right to sign.

Where Creativity and Imagination Creates Wonderful Ideas for Your Home!

Inspirational Quotes To Motivate Your Life

A sailboat, a couple, and their little dog too.

Sharing what I love to do, with others who might love it too

A daily selection of the best content published on WordPress, collected for you by humans who love to read.

The best longform stories on the web

The latest news on WordPress.com and the WordPress community.