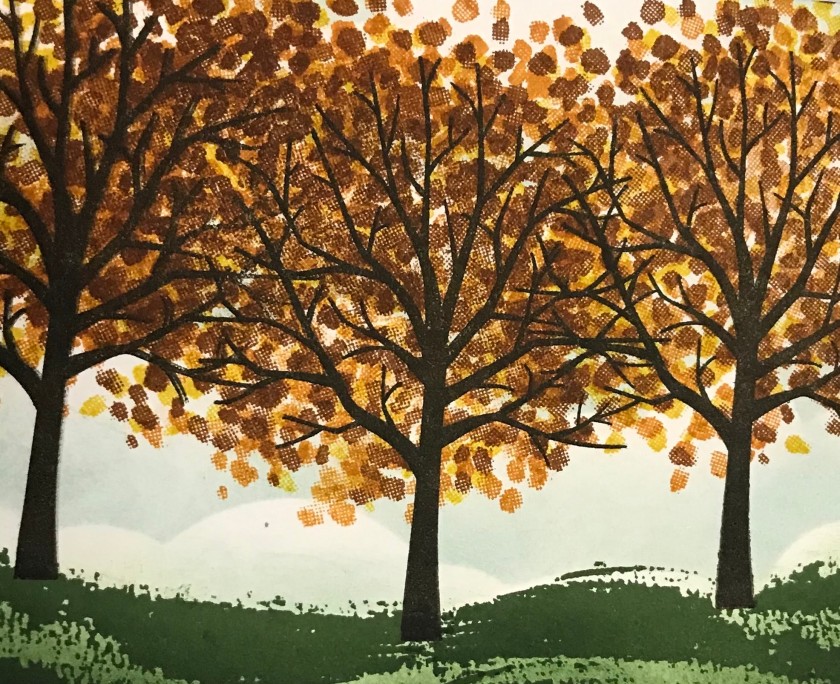 The weekend has rolled around again so that means another Crazy 4 Challenges challenge. This weeks challenge is called “Cut up Stamping”, this means that after you stamp an image or a background you cut out a section of the image. Most of the examples that I have seen usually it is a strip that is cut out, but you can try cutting it anyway that works for you. I watched a Jennifer McGuire video months ago so I was kind of working off some tips that she suggested in that video. In a lot of the samples I have seen the images tended to be floral, I wanted to do something different so I opted to do some autumn trees, this is an anniversary card for a couple that I am very close to that has an autumn anniversary (and they don’t go on the internet EVER (besides Netflix)so it is safe to post. (if you are reading this and can guess who this couple is DON’T tell them about this card 😀)

to see a video clip of this card please check out my Facebook page https://www.facebook.com/groups/MyMessyCraftroom/ and feel free to join if you would like to share your crafty creations.

To see the Jennifer McGuire Tutorial

continue reading for all the fun details.

To make the pop-up mechanism I used Karen Burnistons Tree Pop-Up die set. She also has a VIDEO All the cardstock, Inks and stamps are from Stampin Up and are Listed below in the details.

The stamping tool that I use is the Tim Holtz Stamping platform.

A benefit to using a Stamping tool is if you accidentally miss a part of the image you can restamp it, I had to do that with one of the trees, I actually stamped each tree twice to get them a nice dark colour.

I used the 1 large multi leaf stamp from this set, so I had to offset the stamp everytime I used a different colour so all the colours would show, other wise they would have all been right on top of each other.

I’m not sure why I kept typing in “Happy Birthday”, It’s “Happy Anniversary”

To see some other “Tree Cards” check these out